An example of weaning 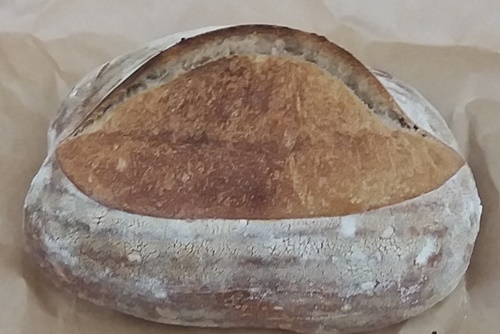 AN EXAMPLE OF WEANING

The Genomic Diet 16 st chapter: An example of weaning

Gluten overload is one of the most frequent intolerances. Many people who undergo the test tend to get a positive result if they belong to the blood group 0 and A.

In cases of overload, commercial flour with a high gluten content such as wheat should be omitted from the diet.

Croesus wheat and wheat flour of Manitoba are one of the main causes of this overload.

Since 1974, with the introduction of Croesus wheat, as I have explained in the preceding pages, we have had an increase in cases of celiac disease.

Manitoba flour, with a high content in wheat and gluten (350 W Maximum hardness of wheat), has contributed to increasing cases of overload to gluten.

This flour is grown in Canada and is primarily used for cakes, pizzas, or where leavening should be at a maximum. It is another cause of the increase of wheat overload.

How to reduce the symptoms of food overload

To reduce the symptoms of overload, we should avoid these products, use durum wheat semolina, kamut, or rye or millet. Even better, we can use buckwheat, soy, or legumes.

We may also consume products made from rice, corn, potatoes, or cassava.

Bread can be made with flour-based compounds such as rye, barley, oats and soybeans.

Bread, which consists about 4-5% gluten, the minimum dose of 20-30 grams, and a dish made from these flours, should be limited to one every day 10-15.

Within two to three months, during which time the body will have been purified, we can re-introduce flour made from Croesus wheat or Manitoba wheat sparingly.

In this way, we’ll still maintain the frequency of gluten but in a very moderate way. We’ll be purified from the excess and not incur any side effects when we re-introduce flours with high gluten content.

This example is valid for all the people who have long since taken Croesus type of wheat or Manitoba flour by people who are genetically predisposed to celiac disease.

Getting used to a new type of food in a few years will be very difficult.

Do you still remember Colette?

Weaning should be made by any person who plans to move to a different country other than their own.

Each digestive system, no matter how robust, will sooner or later experience the symptoms of an overload.

Colette must introduce Croesus wheat little by little. She can still eat meals with a very low gluten content.

As for milk and dairy products, however, there will always be difficulties if a person has not developed the gene with respect to lactose.

This website uses cookies to improve your experience while you navigate through the website. Out of these, the cookies that are categorized as necessary are stored on your browser as they are essential for the working of basic functionalities of the website. We also use third-party cookies that help us analyze and understand how you use this website. These cookies will be stored in your browser only with your consent. You also have the option to opt-out of these cookies. But opting out of some of these cookies may affect your browsing experience.
Necessary Sempre abilitato
Necessary cookies are absolutely essential for the website to function properly. This category only includes cookies that ensures basic functionalities and security features of the website. These cookies do not store any personal information.
Non-necessary
Any cookies that may not be particularly necessary for the website to function and is used specifically to collect user personal data via analytics, ads, other embedded contents are termed as non-necessary cookies. It is mandatory to procure user consent prior to running these cookies on your website.
ACCETTA E SALVA
error: Content is protected !!
%d blogger hanno fatto clic su Mi Piace per questo: