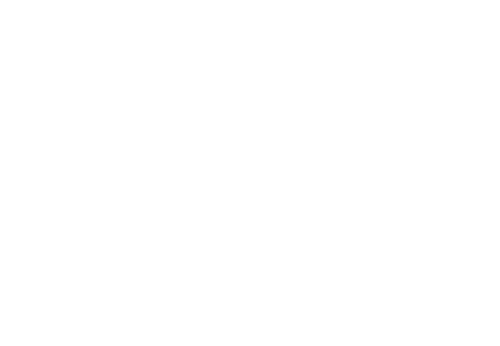 From the moment of conception, we begin to feed.

In the fetal stage, the nurse ensures adequate power supply to the unborn future.

The mother is taught about proper nutrition and to take the right amount of nutrients but these rules in life shouldn’t only be followed during gestation but should be continued after birth. This behavior may have an impact on all life of the newborn and adult.

The food intake, during the period of gestation, must be increased but not doubled.

We must measure the calories we take. After the ninth week, there should be an additional 150 to 300 Kcal on the basis of physical activity and employment.

Weight gain, however, should not be more than 12 kg for women who are underweight, along with women of normal and overweight.

The intake of protein and fat ensures development of the nervous system. Hormones and sugars, taken from complex carbohydrates such as those of whole grains, provide energy to the mother but are absorbed more slowly.

Nature provides us with minerals and vitamins so we should increase the consumption of food rich in calcium, iron, and iodine such as dried basil, oregano and rosemary; fish, fresh fruits, leafy vegetables, brewer’s yeast, wheat germ, whole grains,

The mother can affect the diet and the life of the unborn child.

In addition, the diet may also depend on the predisposition to diseases such as diabetes and cancer.

There have been experiments on mice and it was found that introducing methyl sources such as vitamin B12, folic acid, choline, and betaine is possible to condition the coat of the mouse.

A gene from a mouse called Agouti, in addition to checking the color of the hair, also controls eye color, appetite, cancer, diabetes and the regulation of Calcium.

The “fetal origins of disease” has shown how you can develop diseases as a result of an inadequate diet during the gestational period, and this epigenetic change may be present in more than two generations.

Gestation and weaning are the fundamental aspects of human life.

A good pregnancy will lead the individual to have, over the years, a good life in both physical and mental aspects.

The regular intake of protein and fat have led to optimal development of the nervous system and cardiovascular system.

The food sources in the first nine months of gestation must be varied. It should be rich in fruits and vegetables, vitamins, and fiber.

Bread, pasta, and brown rice are rich in minerals and fiber but without excesses.

A diet rich in pasta, bread, and cheese tends to make the baby obese in later years and the nervous system weak.

This is a demonstration of how seemingly innocuous foods can change the future of a person.

The pregnant woman, in first nine months, and must thinkonly and exclusively to raise his son, feed him, and love him.

People must impose strict rules and avoid abuse and anything that might jeopardize the future life of the unborn child.

Childbirth is a cause of stress for the baby.

During child birth, its position can either be convenient for the mother and the doctor. But if the child does not respect the law of gravity, the child might exacerbate the pain of the mother.

READ  The question of every day: what are we going to eat today?

The delivery would be much more natural if the mother’s legs are crouched. The legs should be supported by a nurse or by her husband. The midwife should then take the baby to be released from forced contractions and the force of gravity.

The child should be fed in a natural way.

With breastfeeding, the baby becomes host to the flora Bifi dibatteri. With bottle-feeding, the baby will develop different types of flora like bifidus bacteria, bacteroides, enterococci and clostridia.

After giving birth, the first nourishment of the newborn for the first few months should exclusively be breast milk.

It has a particular chemical composition. It only contains 38 mg of calcium per 100 g and about 15 mg of phosphorus as opposed to the vaccine that has about 118 mg to 100 mg and 95 mg of phosphorus.

Calcium is able to grow with the baby and make it a strong dose very low, which means that it is not the amount of calcium, but the quality of this to make it effective.

Phosphorus is the antagonist of calcium and if its ratio to 1: 1 as in cow’s milk is not available, even if the concentration is higher than that of breast milk.

In breast milk, especially in colostrum, it is more concentrated and nutritious. It has antibodies that strengthen the immune system of the child.

Lactoferrin, together with two other proteins (siderofilline), carries iron. Lactoferrin also has many other features. The main ones are antibacterial and antiviral properties.

There are other immune factors in breast milk-modulators such as cytokines and nucleotides, non-immunological factors and most importantly, the oligosaccharides which favor the development of bifidogenic flora and inhibit the adhesion of pathogenic bacteria.

After breastfeeding, there is weaning, with milky flours should be gradually added to the diet. Gluten containing foods should be avoided.

Meat should be first introduced after six months. Fish can be given at nine months, and raw vegetables, pasta and rice, should be given until only after 12 months.

The mother should try to give the child any type of food. She should experiment with both sweet, bitter, sour, and salty flavors.

The taste buds on the tongue are so arranged that the child must learn to recognize the flavors.

Always give food one at a time and check for reactions of intolerance or allergy.

After a certain period, which can vary from 3 to 5 days, if there are no reported side effects such as coughs, catarrh, sneezing, regurgitation or cutaneous manifestations, you can switch between the foods.

Avoid giving a child with an allergic predisposition eggs, milk, and cod.

A good way to accustom the child during weaning is to prepare soups with the highest number of fresh vegetables. Avoid pre-packaged frozen foods because they always contain preservatives, additives, flavor enhancers, etc.

After preparing the soup, the cook rice or pasta. Get the baby used to the vegetables adults eat. Cooked vegetables are essential for the well-being of the organism.

We may also use the broth to cook the meat or fish and then blend it to make it more digestible, and in this way we send the frequencies of the food.

The child who does not have teeth for chewing needs to take pre-ground food although we must bear in mind that if you do not have teeth to chew, the digestive system is not yet ready for these foods.

As the teeth grow in relation to age and the evolution of the intestines, we should not administer foods that need to be chewed until the pre-molars and molars have developed.

But still give foods such as seeds and grains. The teeth will have to be trained to do so. The adult dentition develops good molars that are deputies to the grindstone.

Many dentists confirm that adult dentition of the modern generation has lost the 8th tooth. The molar, also called the wisdom tooth, tends to not come out completely.

This is caused by the refinement of foods from the diet and the exclusion of those in their natural state such as wheat grains, to give space to the dough.

Food that is hastily swallowed and chewed inadequately leads to the reduction of the development of the molars and, at the same time, to digestive difficulties with all the negative consequences for the digestive system.

An appropriate weaning should be given instead. The child should be given a “memory frequency” of the food and the proper functioning of the immune system should take into effect.

After the first few months of breastfeeding, the child must begin to know all the other foods.

Weaning should not be too fast.

Carbohydrates in our life food

It has been shown in statistics that children, if they take carbs too fast, and especially when they eat foods rich in gluten, are more likely to develop celiac disease in the future.

Weaning should be done be introduced bit by bit with various vegetables.

I have always recommended introducing vegetables one at a time for two or three days.

That way, a person may know if the child is allergic or intolerant to the food.

Another way is to take a cotton swab, dip it in the food, and wipe it in the baby’s palate.

The newborn and social life

In addition to weaning food, the child should be gradually introduced to society.

After the child’s birth, everything that happens is an ongoing trauma for the child.

We must keep in mind that an infant lived for nine months in a soundproof room where all the noise, thanks to the placenta, was muffled.

The noises, the sounds, the cries of other newborns, are to the child a totally different world from the one in which he had lived.

You have to respect his silence, his dreams, his tears, as the child gradually gets used to the noises of life.

The child must eat and sleep. He should not be subjected to the selfishness of the parents who will bring the newborn to a pizzeria or a friend’s house where his sleep rhythms would be altered, causing the child stress and possibly intolerance towards the outside world.

These environments, thought they are not in accord, causes the baby to transit from sleep to crying, from calmness to nervousness.

This suffering can be seen not only in infants but also in older children.

Children who have been accustomed from childhood to these rhythms in turn leads to an intolerance to the environment.

These micro-traumas can also be interpreted as the onset of allergic disease.

The lack of modulation of the “threshold limit” is evident, as has been shown in the preceding pages.