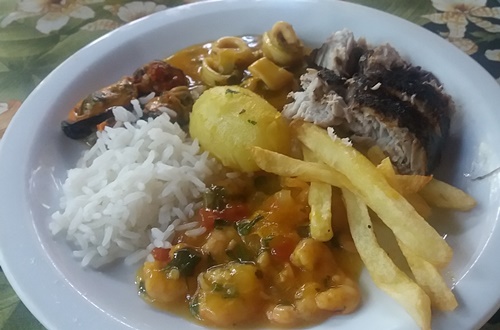 Having spoken about blood, it seems logical to give some information about blood tests that doctors or specialists prescribe.

I will consider only those that are relevant to nutrition. Certain foods affect the results of certain diagnostic tests. The data of these laboratory tests are related to extra-cellular fluids.

They are influenced by circadian rhythms, exercise, stress from diseases, infections, etc.

The food that we introduce in our body is definitely composed of sugar or glucose.

Sugar is the basic constituent of all foods, especially foods of plant origin.

Any food we introduce is a source of sugars. They also have fats and proteins with complex biochemical mechanisms.

They always return to sugar because our brain continues to need glycogen.

Given all this, the most important blood tests detect the amount of sugar present in the body.

Biochemical analysis include the following:

It’s a test that determines how much sugar is in our blood after an overnight fast. It’s related to the insulin produced by the body. It’s an examination that is alterable by several factors.

The values of fasting blood glucose are reliable only if the patient has been closely monitored in the hospital eating a proper diet. Still, even if the person is not hospitalized, it serves as an index of how our body metabolizes sugars.

To overcome this drawback, we can prescribe glycocylated hemoglobin.

This type of examination takes the sugar which binds to red blood cells within 90-120 days into consideration.

Glycocylated hemoglobin, in contrast with fasting blood sugar, is not dependent whether or not someone had eaten food or not in the previous night.

It’s an especially reliable examination that verifies a person’s diet. If glycemic index is high or low, a person is susceptible to develop diabetes.

The Fructosamine serum is a glycosylated protein that monitors mean blood glucose levels in the last 3 weeks of collection.

It is also used in cases of suspected diabetes.

The glycemic load curve, or “oral glucose tolerance,” is a test done after the administration of glucose after two hours. If the body has exceeded the threshold of 200 mg/dl, it confirms the
presence of diabetes mellitus even if the fasting glucose is below 126 mg/dl (it is advisable to repeat the test at least twice.)

Insulin plasma indicates the content of insulin in the blood. Glucose is one of the many factors that regulates its production.

If a person is hypoglycemic, then their blood sugar is lowered. It’s also responsible for lipogenesis as it stimulates the
production of fat cells.

Recent studies have shown that people who are at risk for type 2 diabetes have high levels of insulin.
Hyperinsulinemia may be due to an unbalanced diet.

READ  The food, this stranger

In people with insulin resistance, the body is tolerant to insulin. The pancreas increase production to regulate blood glucose but at a certain point, the pancreas stops producing insulin. That’s type 2 diabetes.

Fasting hyperinsulinemia is an exam that is prescribed to people with diabetes or at risk for diabetes.
After the sugars, proteins and fats are introduced.

The most important biochemical analysis  to assess the proper functioning of metabolism are:

Azotemia is an approximate term. This parameter is used to indicate how much urea is in the blood.

Urea is the waste product of protein that is eliminated by the kidney and indicates renal function, the amount of protein consumed, and the type of nutrition and hydration and the intake of drugs such as cortisone.

It’s also known as Blood Urea Nitrogen, but the reference values are not equal.

Uricemia analysis is linked to the degradation of nitrogenous bases: purines; adenine and guanine.

Uric acid is eliminated from the kidney.

When the uric acid crystals precipitate in the joints and connective tissue, it leads to the formation of stones.
Foods high in purines include: anchovies, anchovies, sardines, organ meats (liver, kidneys, and sweetbreads), game and meat extracts (purine content greater than 150 mg up to 800 mg per 100 grams of product).

The examination of cholesterol is the main exam in blood related studies. It is linked to vascular problems and is a source of earnings for the pharmaceutical industry.

Cholesterol is essential for our body. It (endogenous cholesterol) is produced from the liver. The testes, adrenal, and aorta are involved in its synthesis.

Its functions include the formation and repair of cell membranes. It’s the precursor of bile salts, steroid hormones, and Vit D and hemoglobin content.

Chylomicrons, VLDL, LDL, HDL, and plasma lipoproteins transport are classified according to the density or electrophoretic mobility.

Low density cholesterol (LDL) tends to deposit on the arteries. HDL cholesterol (rapid mobility or high density), on the contrary, removes it.

Total cholesterol is not a reliable value for vascular risk.

We must assess the risk index by dividing the total cholesterol with HDL cholesterol, which should be less than 5 in men lower than 4.5 for women.

Cholesterol, however, not only increases as foods such as butter, meat offal, egg yolk, cheese, etc. are introduced. It also increases with sugar and consequently, insulin activates the enzyme HMG-Co A.

Now that we have a better idea of the risk, we have to worry about cholesterol which leads to coronary problems (heart attack, ischemia, hypertension, arteriosclerosis.) Though each examination is very important, they’re neglected by the medical profession although it has been around since 1968 when they were discovered by Dr. Mc Cully : homocysteine.

Hyperhomocysteinemia has been included by the World Health Organization as a risk factor for heart disease such as angina and heart attack, stroke.

The disease can cause a deficiency of the enzyme cystathionine-β-synthase.

The treatment is very simple. And maybe that’s why little attention has been paid to the disease. With just proper nutritional supplements with folic acid or vitamin B9 or folacin, it can be controlled.

The enzyme polymorphism and the gene d-methylene-tetrahydrofolate reductase (MTHFR plays a fundamental role in the metabolism of a folic acid variant called MTHFR_ rs 1801133) can cause elevations of homocysteine and the risks developing heart disease.

For those who want more information, you can visit this website

Fatty acids are composed of three molecules. A glycerol molecule forms a triglyceride.

The fat content in food almost makes up of triglycerides (90-98%). Our body is mainly composed of fatty tissue.

They are transported in the blood by lipoproteins VLDL and absorbed by chylomicrons in the intestine.

Triglycerides can be obtained directly from one’s diet and is synthesized by the liver, starting from amino acids and glucose.

Vegetarians have high triglycerides due to their rich diet of simple sugars.

Insulin promotes the entry of triglycerides in the cells. Diabetics can then become hyperlipidemic.

In addition to fats and sugars contributing to increasing triglycerides, there’s also wine, beer, and spirits.

Unlike hypercholesterolemia, hypertriglyceridemia for familiarity is very low.

Triglyceride values should not exceed more than 170 mg/dl and should not be below 50 mg/dl.

Values below 50 mg/dl, such as ipotrigliceridemia, can cause malabsorption (celiac disease, Crohn’s disease), hyperthyroidism and malnutrition.

Chemical reactions are accelerated by enzymes due to catalysts.

Enzymes are biocatalysts and, as such, we have to find them at the end of the reaction in the same amount and under the same conditions.

Transaminases are enzymes that transform a specific amino acid to another and are converted to energy when physical exertion is prolonged and intense.

Transamination occurs in the liver. Skeletal muscles become striated in any part of the body.

The main transaminases are:

GPT or ALT alanine-aminotransferase-present in the liver and, if the values are higher than normal, liver injury should be suspected.

In acute hepatitis, it can be 10 times higher than normal.

GOT or AST aspartate-aminotransferase-are present in skeletal and cardiac muscles.

ALT is a routine exam for the liver’s functionality but it’s not used as a rule to evaluate the functionality of the heart muscle. In this case, CPK creatine phosphokinase is more preferred.

An enzyme similar to ALT is:

Found in the mitochondria of various organs: liver, spleen, pancreas and small intestines.

The increase in GGT can be caused by alcohol and certain drug abuse (NSAIDs) such as antibiotics, hormones etc.

Birth control pills may decrease the values in the blood.FA Alph or alkaline phosphatase-Although this enzyme is present throughout the body, it’s mainly used to monitor the bile duct and bones.

This website uses cookies to improve your experience while you navigate through the website. Out of these, the cookies that are categorized as necessary are stored on your browser as they are essential for the working of basic functionalities of the website. We also use third-party cookies that help us analyze and understand how you use this website. These cookies will be stored in your browser only with your consent. You also have the option to opt-out of these cookies. But opting out of some of these cookies may affect your browsing experience.
Necessary Sempre abilitato
Necessary cookies are absolutely essential for the website to function properly. This category only includes cookies that ensures basic functionalities and security features of the website. These cookies do not store any personal information.
Non-necessary
Any cookies that may not be particularly necessary for the website to function and is used specifically to collect user personal data via analytics, ads, other embedded contents are termed as non-necessary cookies. It is mandatory to procure user consent prior to running these cookies on your website.
ACCETTA E SALVA
error: Content is protected !!
%d blogger hanno fatto clic su Mi Piace per questo: